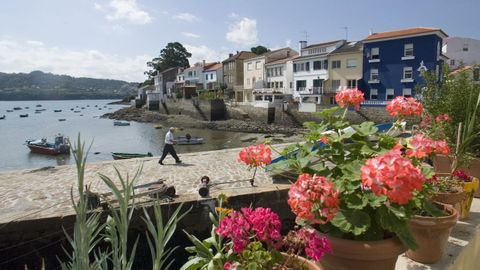 The English Way is on the rise. You just need to go through any of the towns or roads that go along the route to note the amount of pilgrims heading to Santiago from Ferrol or A Coruña.

Ferrol is the favorite starting point, since its 122 km distance with the Obradoiro guarantees obtaining the Compostela in just five stages. If the certificate does not matter to you and you only have three days off, you can alternatively start from A Coruña.

The English way goes through a good section of the north coast of Galicia. The cool climate, the possibility of having a dip in the sea and the landscapes are a good incentive. Not everything goes around walking. Sometimes it is worth deviating from the Way of St. James to discover fascinating places like these six corners we suggest in this piece. 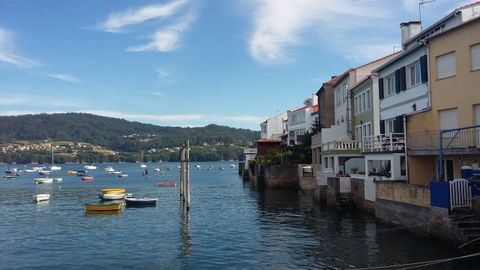 The first stage of the English Way goes from Ferrol to Pontedeume. Both towns are linked to the sea so part of the route goes along its shore. A route between two estuaries that allows you to enjoy the Galician coast with its promenades and small coves. And it is also a way to travel Galicia through its ports.

Redes is one of the best examples. A fishing village framed by colorful houses. It belongs to the municipality of Ares and, although the Way of St. James  doesn't go through this town, it is worth taking the detour. This place must have something for Pedro Almodóvar himself to turn it into Julieta's set. 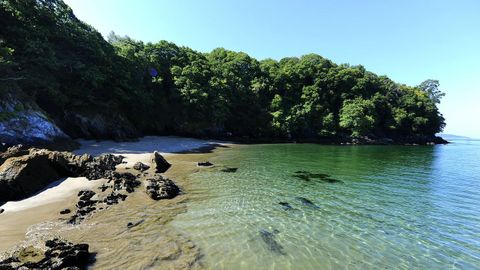 Redes is in itself a beautiful town, but its view from the sea enhances its essence as a fishing village. Ashore, on the opposite side of the sea loch, you can enjoy the postcard from a privileged enclave: Cala Hawaii (the Hawaiian cove).

Located in Pontedeume’ shore, this small beach could certainly be the scenery of a romantic summer movie. It's fine sand, turquoise waters and the green of its flora made it impossible to realise whether you are in Galicia or in a pacific island. So, if you deviate a bit from the yellow arrows, the second stage of the English way makes a stop in Hawaii.

Parque do Pasatempo, in Betanzos 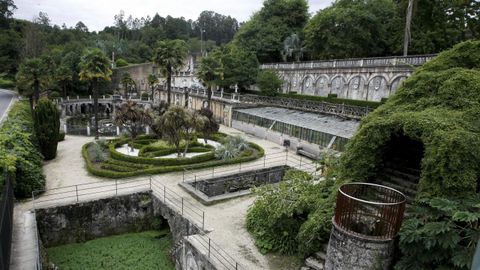 The English way also allows the pilgrims to travel in time. This happens in Betanzos, between the end of the second stage and the start of the third one. The medieval village that was once a provincial capital of Galicia 's Kingdom keeps -among its streets and monuments- centuries of history. Even outside the Old Town, Betanzos treasures a place where traveling in time means also traveling through space: O Pasatempo, an encyclopedic park.

This place was designed by Juan García Naveira, a local philanthropist who made his fortune in Argentina at the end of the 19th century. His aim was to display historical moments and places from around the world, throughout a thematic park. Although nowadays only a portion of it is preserved, it is worth strolling through its gardens, entering its caves or admiring its statues and ponds. 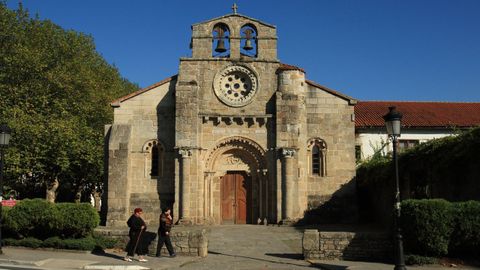 The journey starting in A Coruña also has places where it is worth getting away from the main route. This way is only a stage from Burma, where it joins the route that comes from Ferrol. But that doesn't make it less important: this route has a great historical value as it is linked to the Templars.

The medieval order had its domains in the current municipality of Cambre, one of the places in this route. There you can find the church of Santa María de Cambre, a Romanesque-style heritage building dating from the 12th century. Although it is not within the main route, deviating a bit to visit it can be a way to discover the core of this town. 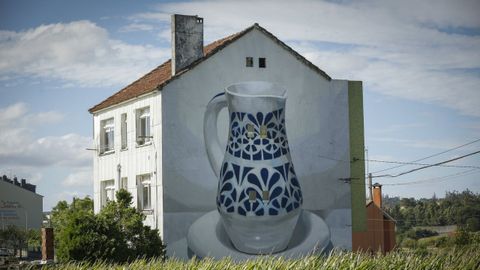 Not all St. James heritage belongs to distant times. Ordes, one of the municipalities in the fourth stage, is an open-air urban art museum. Every year, the DesOrdes initiative encourages the creation of murals and graffiti with the aim of recovering and brightening up urban spaces.

Making a stop on the Way of St. James and riding the streets through the town center allows the traveler to discover more than seventy pieces from every style and theme. Traditional graffiti, paintings that seem to come off the wall, murals with written messages, odes to the local culture ... This open «museum» also treasures a landmark of Galician muralism. Nothing less than the first «superabuela» (super-grandmother) created by Yoseba MP. and a symbol of the union of urban art with the rural world of Galicia. The «superabuela» painted in Ordes is a tribute to the women who sell turnip greens on the N-550 highway. 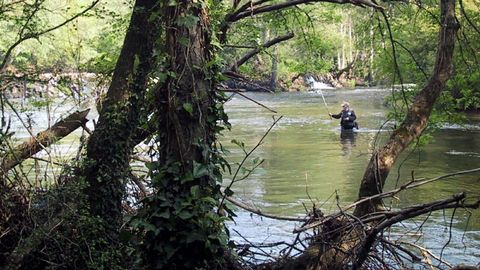 And we have arrived to the last stage in the English Way. If you have deviated several times from the yellow-arrows-route, maybe it's time to make a stop in a natural area. When it crosses Sigüeiro, Tambre river offers the pilgrims the chance to freshen up on an island. O Refuxio, with a beach surrounded by greenery and an abundance of nature, is the ideal place to take a break before arriving in Santiago.