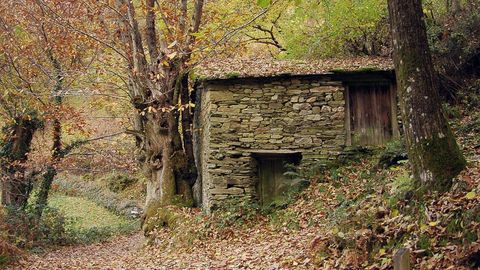 Galicia is a land of forests. A giant green lung that turns ocher with the arrival of the new season. Autumn transforms the landscape and dresses up the trees before winter denudes them. An explosion of colours that dance at the beat of the sunlight and that can only be enjoyed at this time of the year. Hiking trails, trips in search of mushrooms or chestnuts and spending afternoons outside are ideal plans to enjoy the last odds and ends of the good weather. That's why we propose five Galician forests to enjoy the autumn. 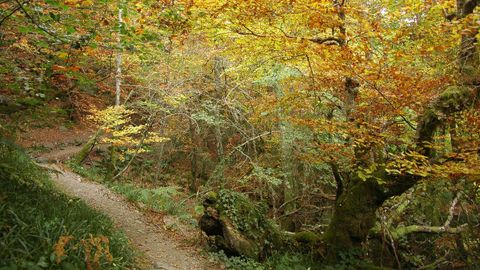 If we are to talk about forests, we must start with O Courel. Galicias green lung extends along the border with León, from O Cebreiro to Sil river. A mountain range of 20,000 hectares where all the plant species, except the littorals, that inhabit the community have a place. The greatest example of this diversity is found in the devesas, the typical forest formations of this great natural reserve.

Devesa da Rogueira is the jewel of O Courel’ crown. An atlantic forest known for bringing together all kinds of vegetation. Ascending to the top of Mount Formigueiros is the best way to appreciate the diversity of species. From the aromatic-mediterranean plants that cover the base of the mountain to a dense forest where ash, beech, yew, holly, rowan and birch trees shed their leafy suits. Among its crowns, autumnal light filters in to offer a dance of colors, as volatile as the trees where it is reflected. 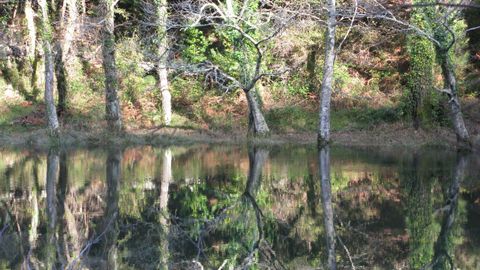 Even though devesas are the highest expression of diversity, the Atlantic forests are the stronghold where the native flora maintains all its power. The best representation of it can be found in A Coruña, on the banks of the Eume river. Fragas do Eume still preserve a vegetation cover typical of this area where the dense trees barely allow the sunlight to pass through and create a soil of moss and leaves.

The essence of Galician forests can be found in this natural park in oaks and chestnut trees. Surrounded by other deciduous trees such as birch, alder, yew and hazelnut, the former are in charge of transforming the landscape. A metamorphosis that takes place with each change of season. In case autumn gives you a green home, on the banks of the river you can also see other species, such as laurels and holly trees, which keep bits of the color most precious to tourists. 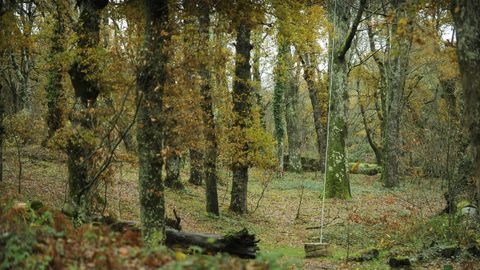 With little extension but of similar beauty we can find Fraga de Catasós. Located in the outskirts of Lalín, conceals centennial  oaks and chestnut trees that can reach a high of 30 meters. And although this forest has less diversity than the Eume river, its value can be found in its two autochthonous species. Its slender trees, which in autumn seem to tear apart the sky with their bare branches, have the hallmark of the best centenary chestnut trees in Europe.

Autumn brings even more magic to this fairytale setting, where Emilia Pardo Bazán found his corner to write Los Pazos de Ulloa. The writer was related to the owners of the estate, who planted the trees that protect, until today, a carpet of hedgehogs and leafhoppers. An ideal walk for the whole family. 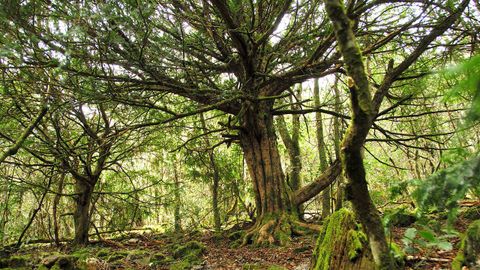 If there is a unique forest in Galicia, is Teixedal de Casaio. Located in Carballeda de Valdeorras, it is the most important set of yews in Europe. More than 300 specimens grow on the route to Pena Trevinca - the highest peak in Galicia- surrounded by other species such as holly or hazelnut trees.

Teixedal de Casaio is also considered as the oldest forest in Galicia. It is a glimpse of a history written long before Columbus, the Romans or the Celts. A place where time stops, and only advances with the changes of season. Although it does not have an easy access, the effort is worth it. If you dare to visit it, you will be able to discover a privileged landscape, where the sun's rays filter through the twisted branches of the yew trees and change the forest appearance with the passing of the hours. A dance of lights that intensifies in autumn. 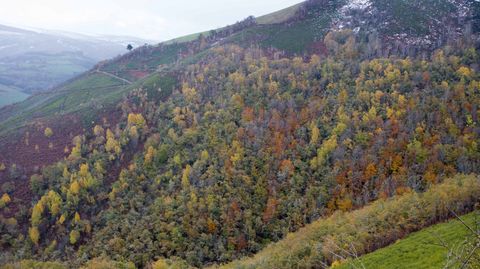 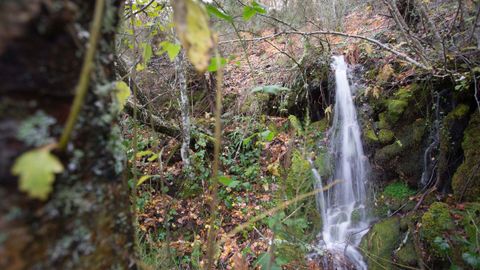 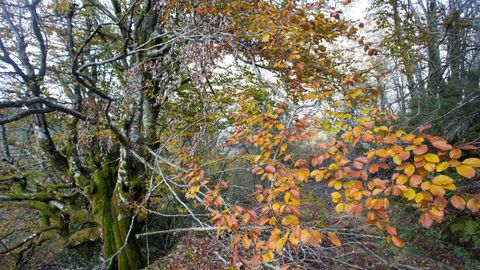 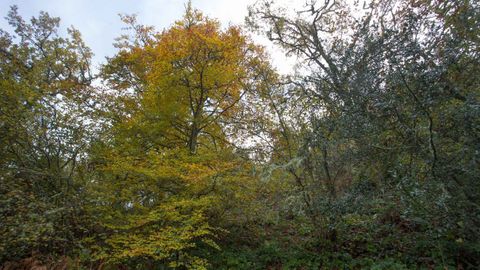 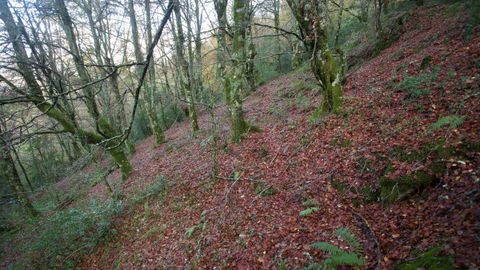 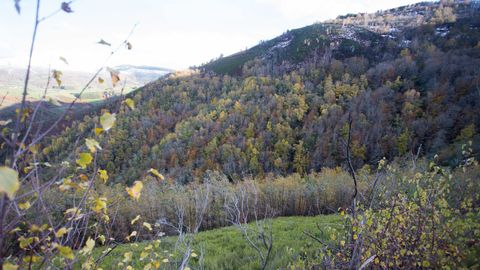 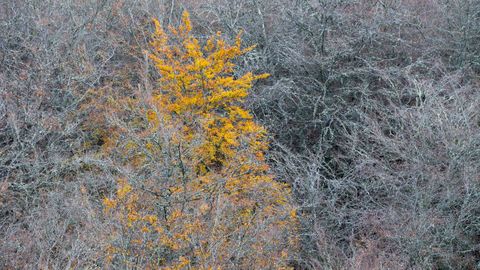 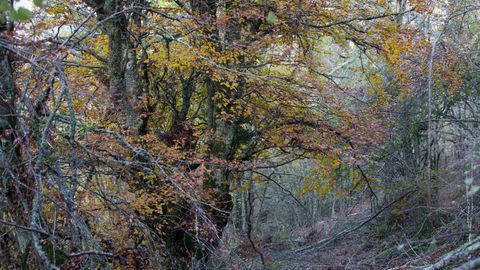 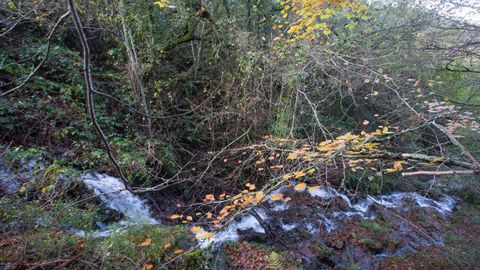 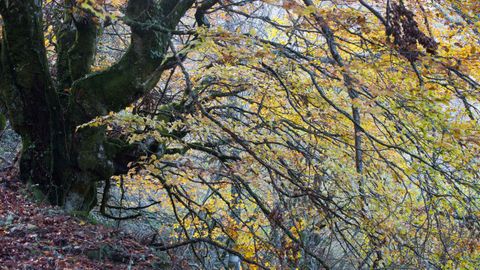 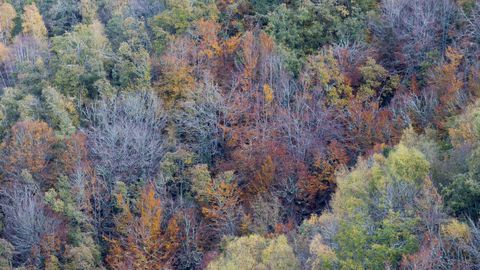 But if you are looking for an explosion of colours, Faial da Pintinidoira is your ideal place. A group of beech trees of about two hectares surrounded by a mixed forest, formed by this species and other trees such as oaks or holly. It is the westernmost beech forest in Europe; is located in the mountains of Lugo - at an altitude of 1,000 meters- and facing Os Ancares mountain range.

In autumn, the magic takes over the place. The beech trees are stained in a reddish color, otherwise difficult to see in Galicia. Before going through the whole color palette of this season and finally losing its clothes, the leafy trees create shadow figures on the blanket of leaves on the ground. A spectacle worth witnessing.