Things to see and do in Galicia: eight wondrous places to discover in Ortegal

The region, lying halfway between the Atlantic and the Cantabrian Sea, offers some truly unique enclaves where nature and the sea coexist with the stuff of legend.

Did you know that the most northerly point on the Iberian Peninsula is found in Galicia? It is known as Estaca de Bares, on the coast of Ortegal. It is just one of the unique enclaves among the region’s many treasures. It also boasts some of the highest cliffs in continental Europe and marks the point where the Cantabrian Sea meets the Atlantic Ocean. Want to know more? Here are our top eight picks for you to discover this land of towering cliffs and tales of legend. 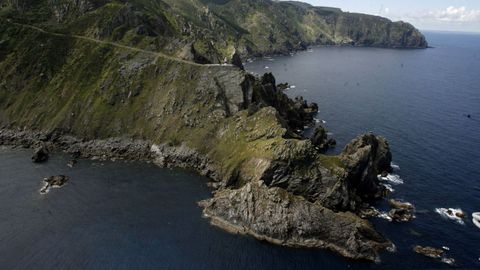 The region of Ortegal is named after a cape, and not just any old cape. In this corner of Cariño, the Atlantic Ocean and the Cantabrian Sea meet. A place battered by the wind and buffeted by the waves. The relentless churn of the water succeeded in forming three craggy rocks just off the coast. Known as “aguillóns”, they are one of the most well-known tourist attractions in this corner of Galicia, although they are not the only thing that can be seen from the lighthouse of Cape Ortegal. Looking leftwards, you can make out some of the highest cliffs in continental Europe. To the right, you can see the northernmost point of the peninsula: Estaca de Bares. 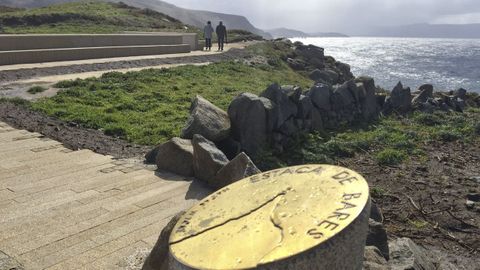 43º 47' 23.6" N. Ring any bells? They are the coordinates of the northernmost point on the peninsula: Estaca de Bares. The perfect place to find your bearings after various days of festivals. While visiting the rocky landmark you can also marvel at the wooden figures that surround the lighthouse, feel the vigorous coastal wind in your hair and listen to the roar of the Cantabrian Sea. In short, it’s where you come to breathe in peace and serenity.

Between Estaca de Bares and Cape Ortegal stretches the coast of Loiba, one of the most beautiful coastlines in all of Galicia. At least that’s what the members of a Scottish group taking part in the Ortigueira Festival were seeking to express when they decided to write “the best bank of the world” on a bench overlooking the sea. The word “bank” means cliff, but a mistranslation ended up making the bench on which the words are etched famous.

The Loiba bench is now one of the main tourist attractions in Ortegal and an essential photo to be posted on the social networks of those who visit it. Found atop the viewpoint of O Coitelo, the famous bench offers some magnificent views: from Cape Ortegal to Estaca de Bares. If you do decide to find the bench and sit on it, check first to make sure it bears the inscription, as there are several similar benches nearby. 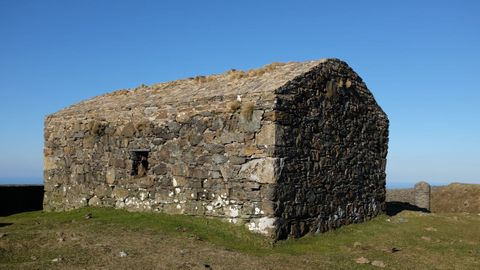 Vixía de Herbeira, one of the highest cliffs in continental Europe, in Cedeira. Ramón Loureiro

Ortegal is a land of Guinness World Records. Aside from its record-breaking latitude and stunning beauty, it also holds a record for altitude. Vixía de Herbeira, at 615 metres, is one of the highest cliffs in continental Europe. Located in Cariño, it is easily recognisable by the stone sentry box that gives its name to the place and from where the sentries would watch along the entire coastline from Cedeira to Estaca de Bares.

Needless to say, the views are fabulous. To enjoy them in all their glory, it is best to check the weather forecast before heading out because the area is prone to fog. 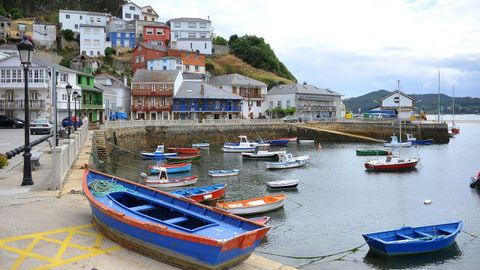 Ortegal is also a seafaring land. All along the coastline you can find quaint harbours packed with fishing boats. One of the best known is O Barqueiro, in Mañón. The colourful boats are complemented by the brightly coloured houses that make up the village as it climbs up the mountainside. A place that truly captures the essence of seafaring Galicia.

Our list would hardly be complete without Praia de Morouzos beach; the heart and soul of the Ortigueira Festival. Although the concerts are held in the city centre, the beach is where you experience the true essence of the musical event. Lying between the beach and the pine forest there is also a dune system. Running parallel to the dunes is a wooden walkway that ends at San Martiño lagoon. A walk as magical as the land it calls its home. 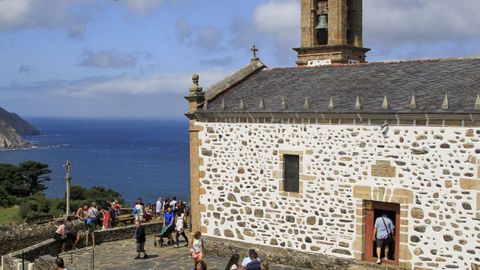 Talking about magic, we would be remiss not to mention San Andrés de Teixido, a small village in Cedeira surrounded by cliffs and shrouded in legend. Although Cedeira belongs to another region of Galicia, it is safe to say that the area where this parish lies does fall within the bounds of Ortegal. It is located halfway between the town centres of Cedeira and Cariño.

The white-painted stone houses, the traditional doughnut stalls lining the street and the stairs leading down from the church to the coast give San Andrés a charm all of its own. Adding to the magic are the legends surrounding its sanctuary, its fountain and even the bread figures sold by the locals. If this doesn’t convince you to go, there is a local popular saying you might find interesting: “Vai de morto quen non foi de vivo” (“He who fails to visit while alive shall do so when dead”). It is a place of pilgrimage, after all. 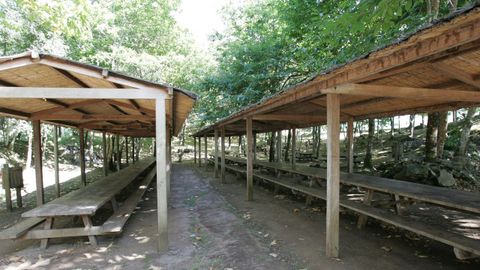 Picnic area in the recreational area of ??O Castro, in Cerdido. XOSE CASTRO

While San Andrés de Teixido does not belong to Ortegal, the municipality of Cerdido does. It is the only one in the interior of the region. It may not be as close to the festival scene, but it has places with Celtic roots that are well worth a visit. One such example would be the recreational area of O Castro, which stands on an ancient acropolis. The sports courts, the children’s playground and the barbecue area are a safe bet for a day of rest and relaxation in the shade of its native trees.