Five experiences to enjoy a fine autumn in Galicia 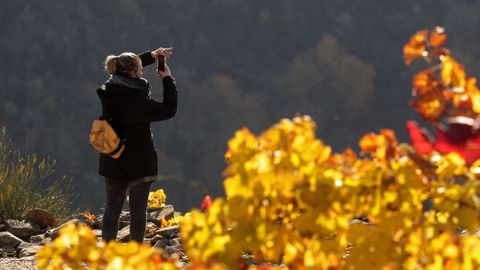 Discovering the natural parks in all their autumnal glory, savouring the wines at harvest time or walking the Camino de Santiago without rushing to get to the hostel ahead of the crowds are just some of the things that become even more enjoyable with the crunch of autumn leaves underfoot

Autumn certainly has its charms. Just ask the inhabitants of O Courel, who watch on as their landscape becomes a wondrous rainbow of ochre tones. Or the winemakers of Ribeira Sacra, Rías Baixas or any other of the wine-producing areas with designation of origin, who are now busy harvesting and tasting the first fruits of the grape harvest. There are some experiences that can only be enjoyed at a specific time of the year, such as going mushroom hunting or roasting chestnuts. Now that we’re in the latter stage of the year, with more in the way of bank holidays, a getaway in Galicia becomes all the more enjoyable with a blanket of dry leaves underfoot. 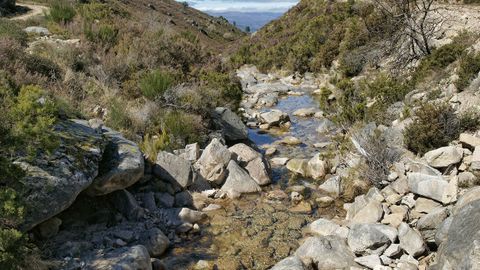 While the summer is all about going to the beach, autumn is the time of year for heading into the forest. The landscape transforms over the weeks, changing from an intense green to bare branches, but passing through a rainbow of wonderful ochre tones in the process. Of course the native trees are used to this change of costume and never fail to offer a spectacle within easy reach of anyone willing to put on their boots and head out to one or other of the many protected natural parks to be found of Galicia.

While the region offers numerous reserves, the clearest sign that a territory is particularly rich in flora and fauna is the category of protection it holds. If the Atlantic Islands Maritime-Terrestrial National Park will forgive us for saying so, it is the natural parks of Galicia that win hands down. There are six to be found within the region: Fragas do Eume (A Coruña), Corrubedo e lagoas de Carregal e Vixán (A Coruña), O Invernadeiro (Ourense), Serra da Enciña da Lastra (Ourense), Baixa Limia-Serra do Xurés (Ourense) and Monte Aloia (Pontevedra).

Sampling wines with denomination of origin 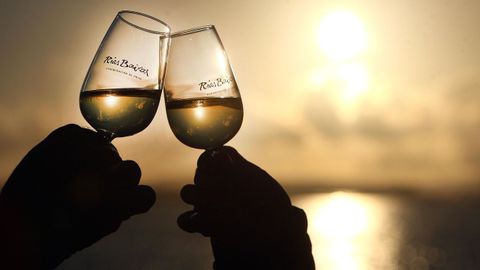 September is harvest season so autumn is the time to taste its fruits. There are five denominations of origin (denominaciones de origen) in Galicia: Rías Baixas, O Ribeiro, Monterrei, Ribeira Sacra and Valdeorras, all offering a variety of wine tourism options that allow you not only to taste their wines, but also to visit the cellars (known as bodegas), walk through the vineyards and even take part in the winemaking process.

And each of these areas comes with its own charms. In Rías Baixas, they typically combine their wines with seafood. In Ribeira Sacra, you can enjoy a bird’s eye view of the magnificent canyons of the Sil and Miño rivers from its various viewpoints up high, or head deep into the countryside in search of Romanesque churches. Meanwhile, Monterrei takes visitors back in time with its impressive castle. Valdeorras delights visitors with its cave-like cellars with chimneys dug into the ground, and O Ribeiro offers a total disconnect experience thanks to its wonderful hot springs.

Disconnecting in the hot springs 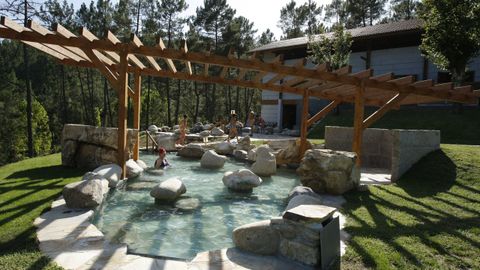 Enjoying the hot springs is another fantastic autumn experience. Although it can be done at any time of year, it is well worth taking a break to disconnect for a day or two once the post-summer blues set in. Galicia has more than 300 springs, so there are plenty of destinations to choose from.

There are various options, most of which include accommodation. Visitors can bathe as the Romans once did in the warm mineral-medicinal waters and benefit from their curative properties. Thalassotherapy spas, on the other hand, rely on the therapeutic attributes of seawater, as well as seaweed, mud and other elements of the marine environment. Those looking for something cheaper can spend a relaxing afternoon in one or other of the public thermal baths, such as those to be found in Ourense.

Celebrating Samaín, the public holiday that gave birth to Halloween 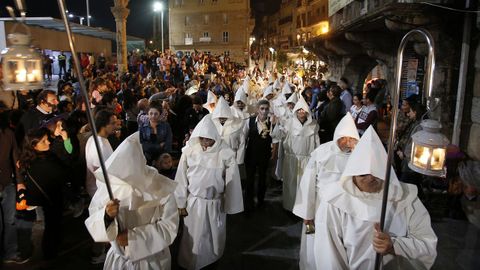 Procession of the Santa Compaña in Samaín de Vigo, in a file image. Oscar Vazquez

Visiting Galicia without revelling in the festivities is almost as big a sin as not trying the traditional dishes. Of all the celebrations that take place in autumn, Samaín is perhaps the biggest attraction. Although you might think it is simply a Galician variant of Halloween, it is actually the origin of the Anglo-Saxon holiday. It was the Celts who left behind traditions such as carving out pumpkins and adorning them with terrifying faces, and this practice would spread to other parts of the world where children now go door to door asking for sweets on 31 October.

While each area and even parish has its own way of celebrating this date, there are certain common elements such as the tradition of carving pumpkins, which were then used to ward away evil spirits from people’s homes. Costume parades are also common, especially those that recreate the passage of the Santa Compaña, a procession of tormented souls that, as legend goes, would wander through the Galician mountains every night. 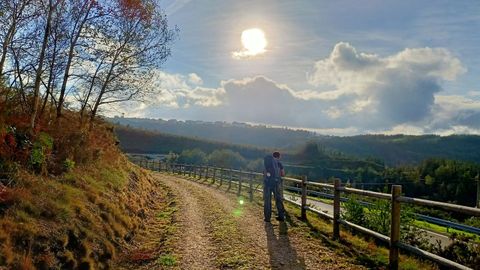 A pilgrim walks the Primitive Way in autumn, passing through A Fonsagrada. Manuel F. Rodríguez

It is a wild card that can be used during any season of the year. Doing the Camino de Santiago is an experience that changes wildly depending on the season. And not just because of the scenery. Pilgrimages after the high season has ended —around mid-October— allow you to experience the Camino without all the crowds and the rush to get to the public hostels. Thus, autumn offers a more spiritual version of the Xacobean route, but without having to endure the cold of winter. However, before setting off it is wise to check your lodging options, as some establishments close their doors during the autumn months.