Things to see and do in Galicia: five excursions to discover the history behind the many shipwrecks to be found along the Costa da Morte 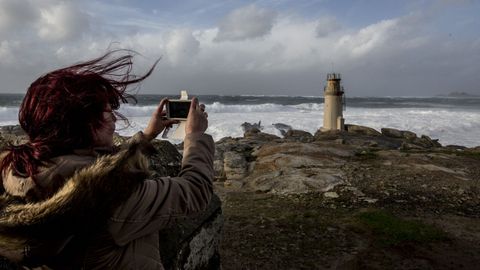 To coincide with the 20th anniversary of the sinking of the Prestige, we take a look at the various places across the region that still bear the remnants of the maritime tragedies they have witnessed over the centuries.

HMS Serpent, City of Agra, Captain, Nil, Solway, Great Liverpool... Many ships had already found a watery grave along the Costa da Morte before the Prestige, the oil tanker that sank on 13 November 2002 off the Galician coast, and this week the shipwreck will have spent 20 years on the floor of the Atlantic Ocean. It is one of the last of a long list of maritime tragedies that have marked the lives of the inhabitants of the region, where remnants of these tragic events can still be found. Would you like to learn more about these sad episodes? Then be sure to visit these five places to discover the most fascinating stories of the shipwrecks to have occurred throughout the centuries along the Costa da Morte.

Before we start, it is worth noting that the name Costa da Morte (literally Coast of Death) is no coincidence. However, its origin is curious, as it is not actually a Galician toponym, but rather a translation from English. The term Coast of Death caught on following the sinking of HMS Serpent off the coast of Camariñas in 1890 and, with the help of first the English and then the Spanish press, it rapidly spread as a black legend across the region as it filled the front pages of the newspapers.

Legends aside, the Costa da Morte has strong currents and frequent storms and must endure the towering waves of the Atlantic Ocean as they crash into the cliffs. Little surprise then that many of the human errors that have taken place over the years ended in disaster. However, every cloud has a silver lining and, for sightseers at least, the rugged beauty of the sea makes it one of the most beautiful coastlines to be found in Galicia. 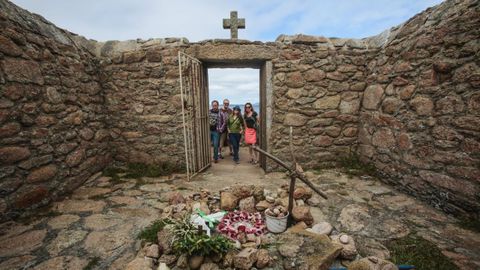 The sinking of the British torpedo cruiser HMS Serpent, in 1890, was one of the worst maritime tragedies to have occurred along the Costa da Morte. The tragedy took place close to Punta do Boi de Camariñas and resulted in the death of 172 of its 175 crew members. The sea would litter the shoreline with bodies for days and to give them a resting place and pay tribute to the dead, a necropolis was built there. El Cementerio de los Ingleses (literally The Englishmen’s Cemetery) is the only one in Europe dedicated to the dead of a single ship and is part of the European Cemeteries Route.

The necropolis is in fact one of the highlights of the Ruta dos Naufraxios (Route of the Shipwrecks), which runs along the coast of Camariñas —one of the areas with the greatest abundance of shipwrecks, especially in the area lying between Camelle and Arou. As it happens, the municipality has a Visitor Centre for the Shipwrecks of the Costa da Morte, located inside the lighthouse of Cape Vilán. Did you know that it was the first electric lighthouse in Spain? Although there was an existing lighthouse, the decision was made to make it electric in the wake of the HMS Serpent tragedy. 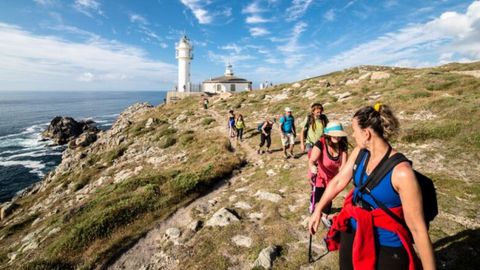 A group of hikers doing the Camiño dos Faros, as it passes through Cabo Touriñán, in Muxía

You might be interested to know that one of the easiest and most fascinating ways to get to know the Costa da Morte is to take a tour of its lighthouses. There is a route known as O Camiño dos Faros that runs along the coastline from Malpica to Fisterra. There are four stages if done on foot, though in reality you can choose to do any section you like, or even skip the hiking bit entirely if you’d rather head to the main sights by car. Perhaps the most notable attractions along the route are O Coído beach (Muxía), kilometre zero of the Prestige catastrophe (where, as Rajoy once infamously said, those first «Plasticine-like trickles of fuel» would arrive), Punta do Rostro, where the explosions took place following the grounding of the Cason (Fisterra), the Museum of Man in Camelle or the lighthouse at Laxe, where a monument pays tribute to the women who awaited the return of their seafaring men.

The route also lets you marvel in the wild nature of this stretch of the Galician coast. See the ocean crashing into the cliffs, enjoy a sunset at the “end of the world”, stroll along some of the most fabulous beaches in Galicia such as Os Cristais de Laxe, feel the wind on your face while walking, admire the stunning landscape from one of the many viewpoints, discover the rich historical heritage of the region among its numerous forts and petroglyphs, or take in the night sky in what is one of Galician’s best destinations for stargazing... Do you really need more reasons?

Diving in the Cee and Corcubión estuary 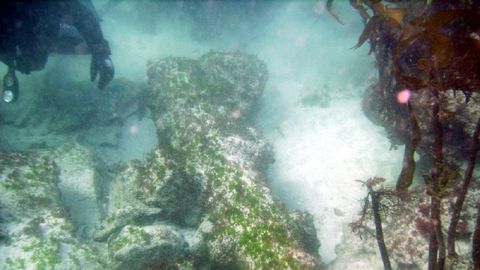 Many of the ships that sank in the Costa da Morte can still be found on the ocean floor. Various diving companies offer trips out to these wrecks, although sports divers with the necessary gear and experience can do it on their own. The Cee and Corcubión estuary, located south of Cape Finisterre, is ideal for this activity, as the sea tends to be calmer and there are numerous shipwrecks submerged at relatively shallow depths.

Notable examples include the Santa María de la Anunciada or the galleon San Gerónimo, which were part of the Armada of 1596 (the 2nd Spanish Armada), the British battleship HMS Captain, sunk in 1870, or the French corvette Bayonnaise, which met its end in 1803. Delving into the depths of the estuary to see its numerous wrecks close-up is certainly one of the most thrilling ways to discover the maritime history of the Costa da Morte and the fascinating heritage that still inhabits its waters. 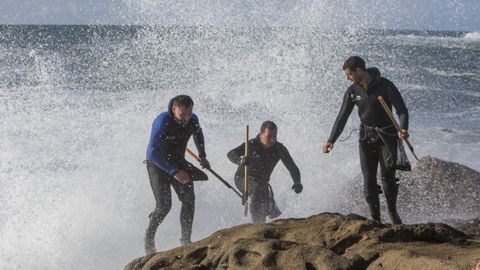 Barnacle workers moving away from a wave in O Roncudo, in Corme, in a file image Ana Garcia

Although many of the sinkings that took place along the Costa da Morte were due to human error, it is also true that the sea, the strong winds and the orography of the coastline, which is full of headlands, often made it next to impossible to repair the floundering vessels in time and avoid human deaths. To give an example of the ferocity of the sea, it is said that the best goose barnacles to be found in Galicia are gathered from the rocks at Punta Roncudo and that their unrivalled flavour is due to the constant pounding of the waves.

Punta Roncudo, in Corme, is a mecca for barnacle pickers, who risk their lives every year to extract these delicacies from the treacherous rocks. Visiting the area and seeing them hard at work gives you a fairly good idea of how the rough sea and strong currents were more than able to drag so many ships down under the waves. In fact, the cliffs along this cape are littered with crosses commemorating the barnacle workers who have lost their lives there. 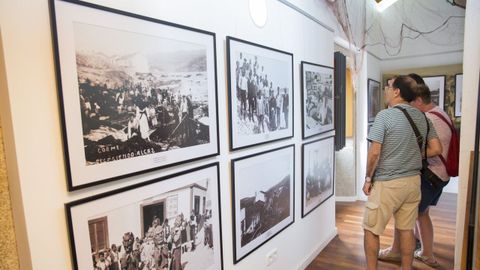 Those wanting to learn more about the shipwrecks in the area and the sea would do well to listen to what the experts have to say. There are numerous cultural spaces where remnants of sunken ships, photos of maritime tragedies or fishermen’s prized work tools are on display. One such place is the Laxe Maritime Museum. Located in an emblematic building within the municipality, it displays some fine examples of the rich anthropological, historical and visual heritage to be found along the entire Costa da Morte since the end of the 19th century. The jewel in the crown is the Vidal photographic archive, which tells the story of its inhabitants… those who 20 years ago flocked to the coast, accompanied by hundreds of volunteers and shouting «nunca máis» (never again), to help with the arduous task of cleaning up the oil slick left by the Prestige disaster.