What to do in Santiago de Compostela: Eight places you cannot miss 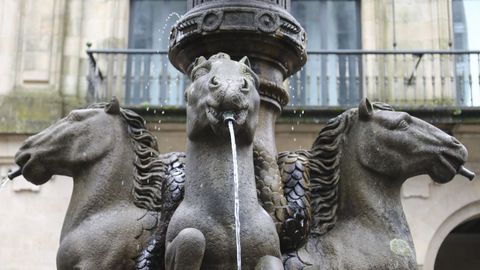 From famous, historical monuments to almost secret corners surrounded by legend. These are the top things to do if you travel to Galicia?s capital city

Sabina’s lyrics spoke about Madrid and the spanish proverb about Rome. But Xacobeo’s celebrations remind us that, actually, all ways lead to Santiago. And its crossing, known as Praza do Obradoiro, is a must-see if you travel to Galicia’s capital. The city brings together parks, streets and monuments that every pilgrim or tourist must visit. But it also keeps secret corners only known by locals -or the students that find their home in Santiago. To feel the authentic essence of Compostela, there are eight places you cannot miss. 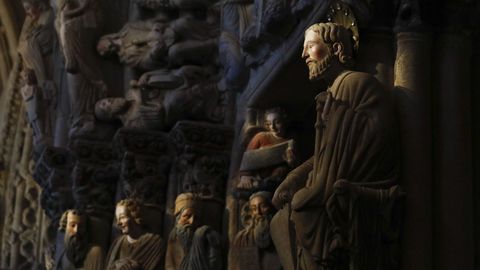 Santiago has developed itself around the Cathedral. The epicenter of the city and the destination of all routes helds inside countless treasures. From the Apostle’s tomb to the botafumeiro (a large incense burner). Looking towards Xacobeo 2021, many of these antiques were restored. But the main course was those of the Portico of Glory.

The piece of master Mateo is no longer the same as the one displayed during Xacobeo in 2010. After years hidden behind a canvas, the figures of the portico now resemble more to those created originally by the sculptor, eight centuries ago.

Colour has once again stained the robes of the saints, his factions have been redefined, and the marks of time in the stones have been filled. It doesn’t matter if you have already passed under the arches that give access to the Cathedral or if it is your first time in Compostela. The Portico of Glory is new to everyone. 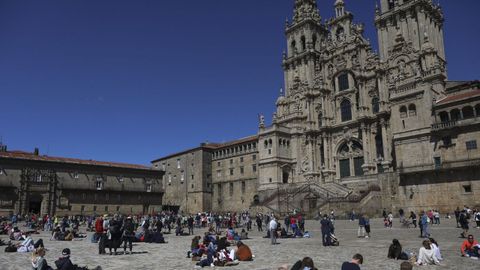 The walls of the Cathedral are the protective shield of its heritage. But its exterior is a piece of art in itself. The main facade, built with the aim of protecting the Portico of Glory, is the most recognizable image of Santiago. The best way to enjoy each of its details is to watch it from Praza do Obradoiro.

This corner of Galcian capital is also the end of the Way of Saint James. The crossing of all routes, people and languages that decide to follow the path of yellow arrows. Its stones serve as a place to rest for the pilgrims that arrive, both exhausted and euphoric, at the Cathedral. Therefore, visiting the Obradoiro is the best way to feel the essence of Santiago. 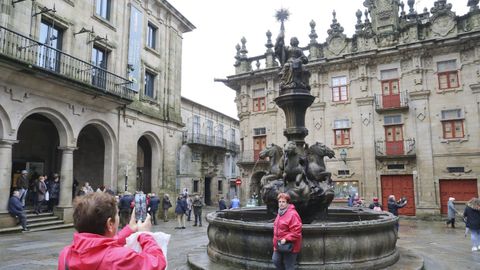 A few meters away from Obradoiro, you can find the Praza de Platerías (Platerías Square). It is the only one of the four squares surrounding the Cathedral that has a fountain. Known as Fuente de los Caballos (Horses Fountain), it is one of the typical postcards of Santiago. One of those essential corners to visit while in the city, both to take a picture but also to appreciate the facade of Platerías. 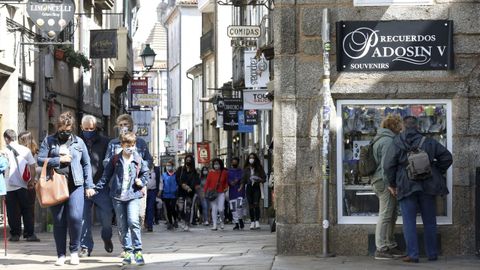 Santiago is synonymous to history. Its medieval past can be felt in each of the streets that shape its Old Town. Strolling through any of them allows the visitor to connect with the past while, at the same time, perceiving the cosmopolitan atmosphere that can nowadays be breathed in through all the senses. The touch of its stones, the smell of its seafood restaurants, the sound of the bustle of tourists, the view of the Cathedral, the taste of the almond cake offered in its pastry shops...

If there is a street that combines most of Compostela, that is Rúa do Franco, which connects Alameda Park with Praza do Obradoiro. Its route includes iconic places of the cult of Santiago Apostle, such as the Apostle's Fountain, and the services created around pilgrims and tourists in the surroundings of the Cathedral, such as souvenir shops and restaurants. But, in addition, Rúa do Franco is home to places linked to university life, such as Colegio de Fonseca or the bars that make up the most famous wine route among Galician students, best known as «Paris-Dakar». 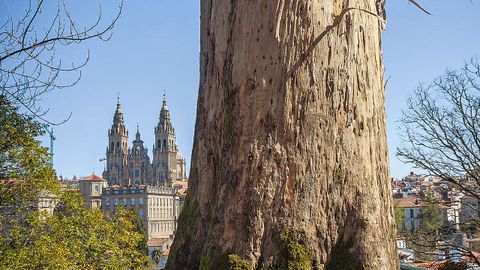 The college life that filled the cobbled streets with young folks also gave rise to legends, related directly to studies, but also to love. One of these beliefs revolves around a huge 45-meters eucalyptus that lives in Alameda Park. And it literally revolves, since as the legend goes couples who want to get married must walk around its eight-meter-diameter trunk. Besides, the «Lovers Tree» has one of the best panoramic views of the Cathedral. Located on Paseo de la Herradura, it has observed the heart of Santiago for neither more nor less than 120 years. 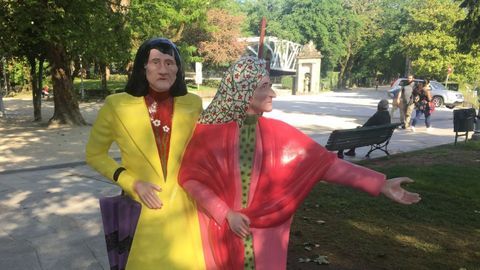 Also in Alameda Park it is located one of Compostela’s symbols par excellence: the statue of Las Marías. A sculpture that pays tribute to two women, residents of Santiago, who were victimized during the dictatorship. Although their story is barely known outside the city, it is rare that tourists don't take their image beyond its borders. The colorful outfits, the location and position of the two women invite every visitor to take a picture with them. 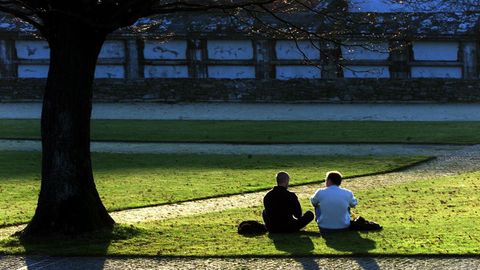 Santiago has countless green areas that make a perfect contrast with the gray of its buildings and stone roads. San Domingos de Bonaval Park stands out among them all. The reason? It has an element that is rarely found in these areas: walled niches. The lands where the park is located belonged to a religious order. Specifically, it occupies what used to be the orchard, the oak grove and the cemetery of the convent. 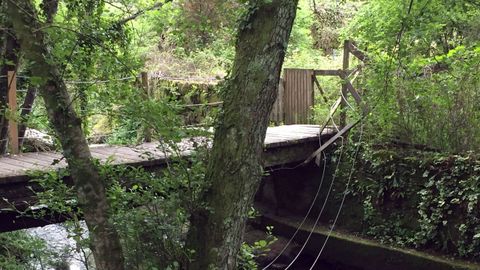 Not everything is cobbled streets, monuments or urban parks. The outskirts of Santiago have natural spots that are ideal for getting lost or to cope with the summer heat. Approaching River Sarela, with its promenade of dirt and wood bordering the shore, could be a good option. The shade of the surrounding trees and the humidity of the river’s flow create an atmosphere full of peace and green tones that make a perfect visit.